In March of this year, Air General finally had it’s first Manager meeting since 2011! The event was held in Orlando, FL and was attended by all from the Home Office as well as all our Station Managers. This event was critical do getting our managers to finally meet one another, network and socialize but also was an opportunity to exchange ideas on how to better Air General as whole and provide team building.

The event began with presentations from Chairman Robert Maloney Jr, President Patrick Maloney, VP of Business Development Donna Blanchard and VP of Operations Paul Siebols. Director of Operations Frank Keller and Manager of Training Compliance Tim Cotter followed up with a series of team building exercises and workshops on HR, finance/accounting and security best practices, as well as group exercises that focused on eliminating barriers to success.

On the final day the entire team of more than 50 from Air General helped the Osceola County Habitat for Humanity organization by assisting the group in two locations, one at a home that was recently built where our team braved the summer heat to paint and clean the new house, and the other team helped a local business clean out their warehouse, paint, and organize.

Overall this was a very successful event, and all of us at Air General are very proud of the participation of our managers and the thoughtful feedback we received throughout the event.

We are looking forward to holding this event again in another year or so and look forward to seeing more new faces at the next Managers Meeting! 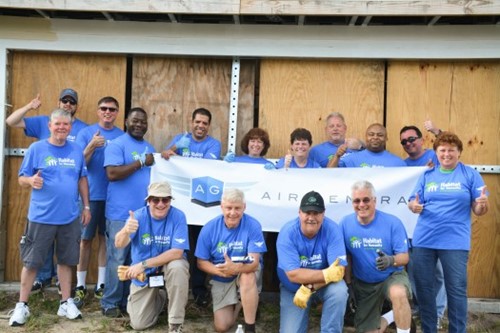