After Air General was named the United Airlines Cargo 2015 Global Service Partner of the year, United had another surprise in store for Air General’s Austin, TX (AUS) station.

Brandi Gephardt, AUS UA regional, had a special surprise to deliver on her quarterly visit to AUS. She presented the AUS team with the Line Station of the Year 2015 for UA!

Station Manager Jay Johnson remarked “that this could not been achieved without the dedication and hard work of a wonderful group of individuals here in AUS.” 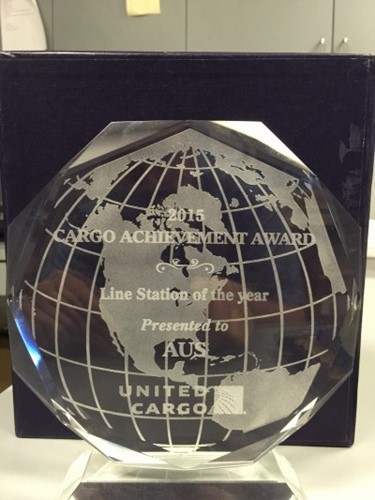