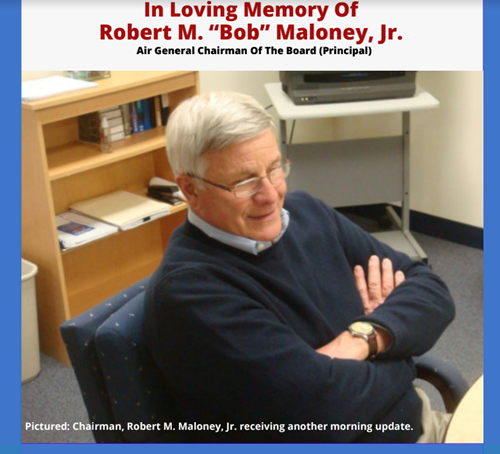 We have the very sad news to tell you our dearly loved Bob Maloney, Chairman of the Board, passed away on Wednesday November 10th, 2021 at the age of 77 at his home in Ipswich MA.

When we talk of the Air General family, this is the man who made that a reality. Though his father Robert Maloney Sr founded the company, in a way Bob founded the company's culture and set a tone of kindness and support for us all. He lead through kindness, generosity, understanding, patience and support. That is the essence of the “Air General Way” and that was the way he was at work and at home and because of that many loved him and looked up to him.

Bob began working for Air General in the 60’s at the warehouse at Logan Airport in Boston. Many stories were told of how he and the team worked hard to build and break cargo back in the 70’s and how they once lost a number of pallets to a blizzard under 10’ drifts of snow for a few days only to be found again later intact and ready to go. Through the years the company began to grow and his leadership was a vital part of that growth. The headquarters was established in Peabody MA where he served in various leadership roles including Treasurer and once his father decided to step back, he became President of the company. During his time as President the company grew further in the 80’s and 90;s adding Ocean services, adding domestic airlines, acquiring airport logistics in 2001 and expanding the number of locations greatly.

Over the years he helped support many people and touched many lives through his kindness and generosity. When he would visit stations he made sure to shake everyones hand and make sure they knew he appreciated them. In 2011 he stepped back as President becoming Chairman of the Board and appointed Paula Dexter as President. That same year during a meeting with managers he was presented Bob with an award commemorating his leadership and the company’s 50 year anniversary which brought the rare tear to his eye. He was thrilled that his children, Mark, Patrick, James and Katherine Maloney, showed interest in the company and made sure they all started where he once did, in the warehouse at Logan Airport. In the mid 2000’s and early 2010’s they would join him at the corporate office making Air General a 3rd generation family business, with Patrick as President, James in Business Development and Katherine in Finance.

Today is Veterans Day. A day when we pay respects to those that served. Bob served in the US Army as a Sergeant stationed overseas in Germany from 1965 to 1967. Thank you for your service Dad and thank you to all of you who served in the Air General Family and those that serve us still to protect this great nation.

He was proud of all of you and the work you do every day. Thank you for continuing his legacy of kindness, patients and support. He will be greatly missed by all. 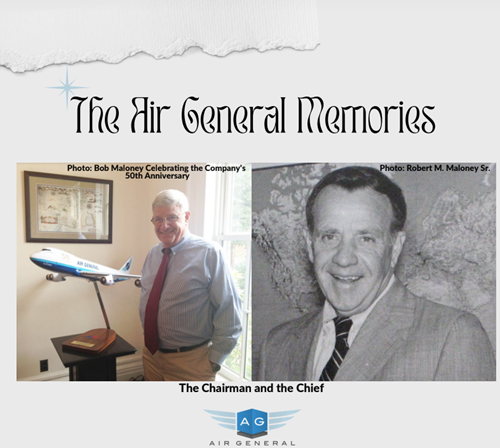 Air General Inc. was founded in 1961, and incorporated in Massachusetts by Robert M. Maloney Sr. Robert
M. Maloney, Jr. had over 52 years of experience in the airfreight industry. After completing two years of
studies at Hawthorne College in New Hampshire, and two years of service with the U. S. Army in Munich,
Germany, he began his career with Intercontinental Air Freight in 1968 in the customs house brokerage
department. In 1976 he transferred to Air General where he supervised all areas of the company’s ramp
handling and warehouse operations in Boston. As the company grew, Bob advanced from operations
management to corporate management where he focused on the duties of treasurer. In 1996 he assumed
the role of Senior Vice President and COO with overall responsibility for the operations of the company. Bob
was elected President in 1998. 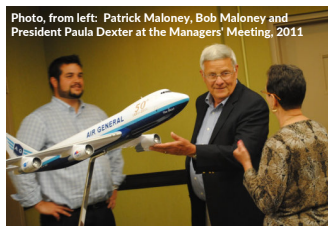 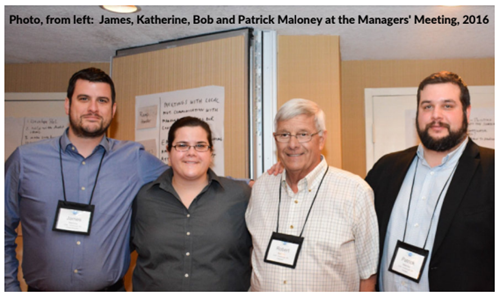 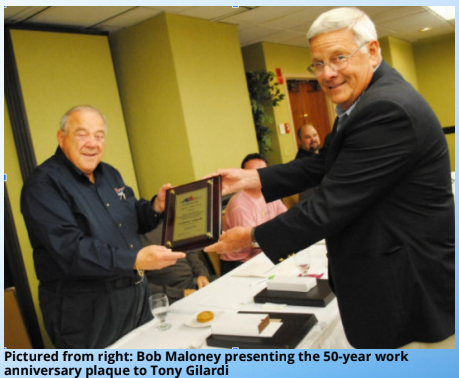 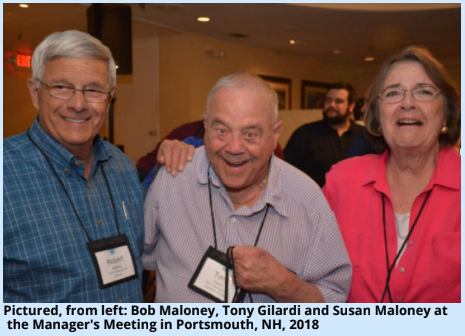 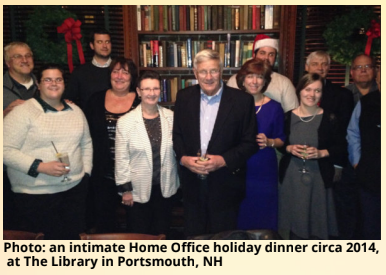