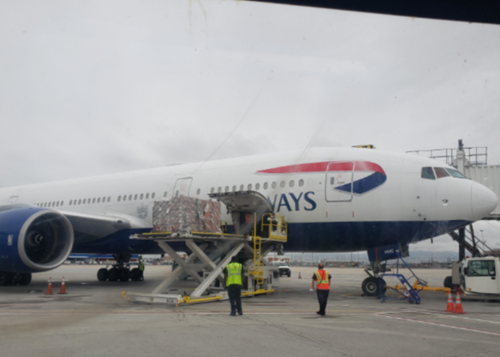 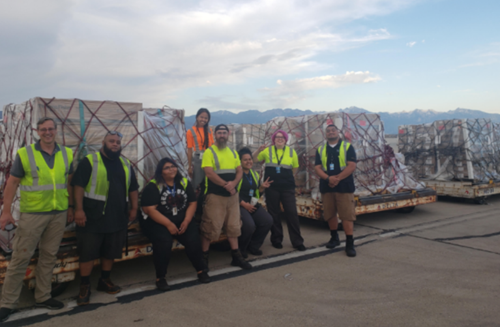 On Sunday, May 31, the Air General Home Office received a request from Alex Giron with British Airways about a possible charter flight into Salt Lake City.

With short notice, Harib Pagan and the SLC team swung into action to make this charter a success. Arrangements were made for Axel Loeken and the DEN team to assist. The inbound aircraft arrived on June 6, with 21 tons of mining equipment.

Our team in Salt Lake City broke down all six pallets and had the freight loaded on a truck within one hour of receipt. The team then started loading the empty pallets for the export departure scheduled for June 7.

Despite having some issues with the booking list provided by British Airways, Harib, Axel and the team were able to full fit the aircraft with the export load. Maria Alcocer, with assistance from Brenda Clark, completed the export messaging and the aircraft departed. The shipper of the mining equipment, which originated in Helsinki, was impressed with the ability of BA and Air General to manage this on such short notice and decided to send in another 21 tons on June 8.

Harib and the team (photo left) stepped up to the challenge and Axel extended his stay to assist with the export load. Given today’s economic situation in the air cargo business, this was an unexpected boost in tonnage. Our team at the Home Office are very proud of the whole team for stepping up to the challenge. Way to go!